When you buy bitcoin, be sure to compare exchange rates 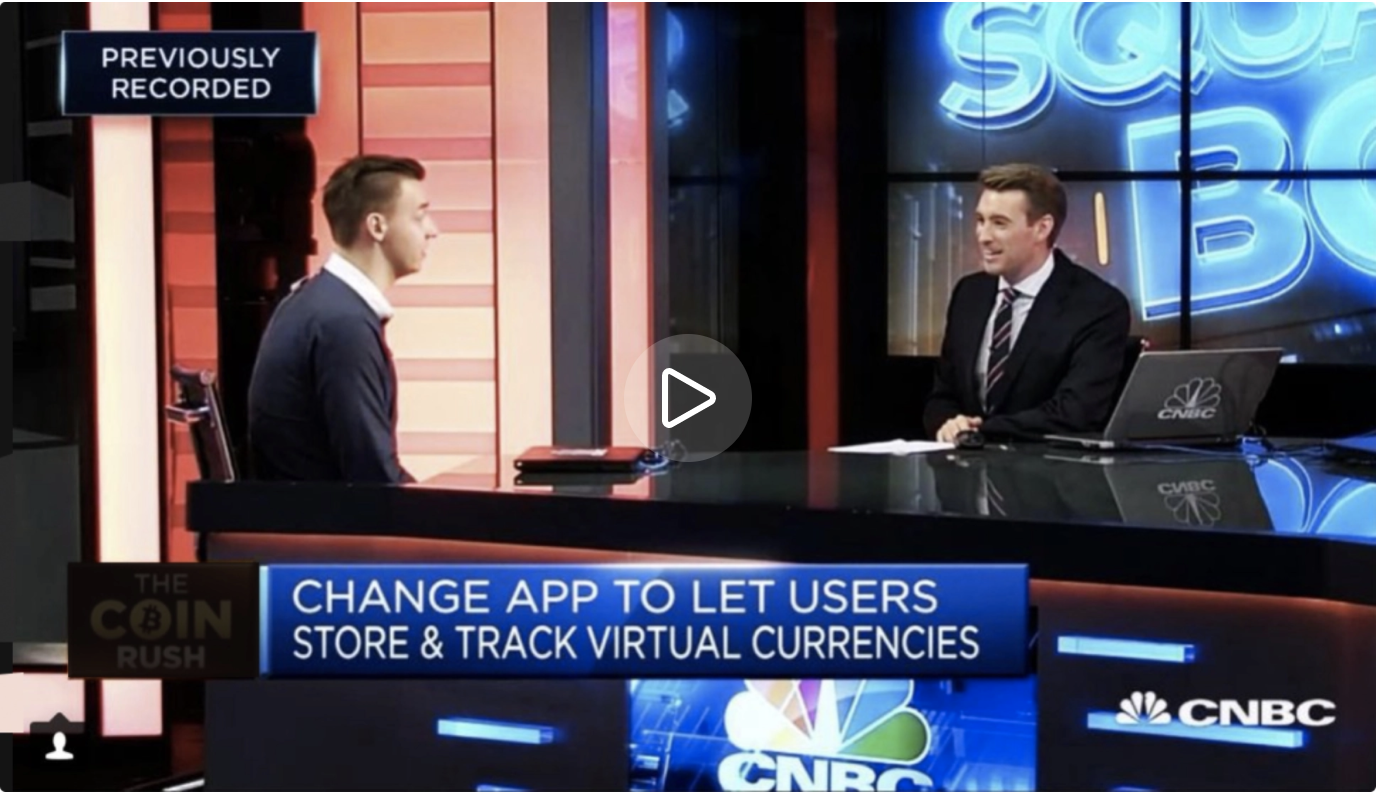 Last spring, Roberto Tonelli was planning his dream wedding. He and his fiancée, Ivana Castaniere, lived in New York, but their families were from Europe. They’d decided to get married in Vallo di Nera, a picturesque town in central Italy. Roberto needed to pay vendors there, but when he went to his Coinbase account to withdraw, he discovered one of Coinbase’s dirty little secrets.

“The total fee was around 10 percent worse than it should have been,” the 33-year-old says. “I could have made 10 cents more for every euro I withdrew. For a wedding, that would really add up.”

The next generation of crypto apps

In 2020, people around the world trade over €100 billion of cryptos per day. But astoundingly, starting and smaller traders made up only 30% of the global market — the other 70% comprised of institutional investors — they paid 90% of the trading fees.

In other words, the multi-billion-dollar business of crypto asset investments has largely been built on a hidden markup. People like Roberto pay that markup every time they buy bitcoin.

But in the past several years, start-up “fintechs” (financial tech companies) have rushed to fill the vacuum created by the large exchanges' and banks’ inflated pricing. Companies like Change have built faster, smarter, leaner ways of buying bitcoin, and they pass their savings on to consumers.

Beware of bitcoin fees in Europe

When you buy bitcoin, there are a few big things to consider, including speed, convenience, and security. But for most people, the top of the list is cost. And on that front, there are two things to watch out for — the fees and the exchange rate.

The fees for buying bitcoin in Europe vary widely

Whether you use a bank, or an alternative like Coinbase, you’ll see an upfront fee. It might be a flat fee, or a percentage of the amount you’d like to send.

Some services even claim that they have no fee at all (“0% commission”).

No matter how low the advertised fee is, have your guard up. Because as Roberto discovered, the devil is often in the exchange rate they offer you.

Not all exchange rates are created equal

In 2016, Kristjan Kangro had a similar experience to Roberto. Kristjan is Estonian, and was working in Singapore in a venture capital company. He had just been paid a Christmas bonus, and he wanted to buy bitcoin.

Kristjan added money to a local Singaporean crypto exchange. But once he made the first trade, there were a lot fewer bitcoins — world's most popular cryptocurrency — than he expected.

“I started digging to find out what happened, and I realized I’d been incredibly stupid,” he says. “I expected Coinbase to give me the exchange rate I saw on Google. Instead, they gave me a rate that was 5% more expensive.”

It’s fair to say that the mid-market rate is the real rate. It’s the rate exchanges give themselves when they sell currencies to each other. It’s the rate you see when you google a given exchange rate, or search for it in places like Coinmarketcap.

Before you buy bitcoin or other cryptos, it’s wise to look up the current mid-market rate, so you can get an idea of what’s fair and what’s not.

After Kristjan discovered his exchange’s rate markup, he promised himself he’d never get ripped off again. He worked out a deal with a South African Alec Erasmus, who was working in Cape Town as an architect of a payments startup, who was fascinated by trading systems from an early age. Soon they were hot iterating on the product, they looked up the mid-market rate, and tried to work on getting the bitcoin buy price as close to mid-market rate as possible.

In time, the pair added more crypto currencies to their platform. In 2016, Kristjan incorporated it as a business that let people invest in bitcoin: Change. Change is no longer an experiment but with sizeable offices in Amsterdam and Tallinn, but its core principles are the same as ever. 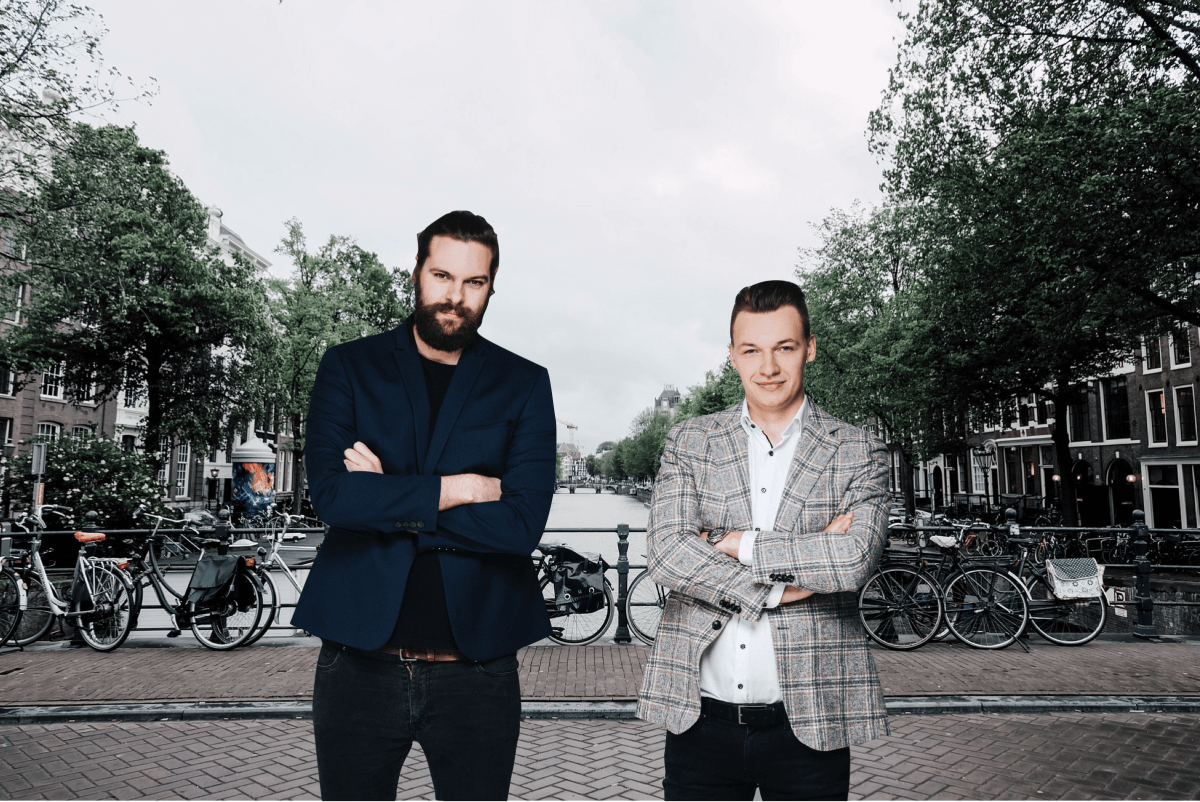 “We treat our customers like we’d want to be treated,” Kristjan says. “We give them close to the real exchange rate, like on Google or Coinmarketcap, and add a small fee on less popular cryptocurrencies (aka altcoins)  — which we always show right upfront. We’re not interested in surprising people. I don’t even like surprise parties.”

Change uses smart tech to bring down the costs on buying bitcoin, which are around 90% more efficient than large exchanges and banks’. They pass these savings to their customers.

Change has over thirty thousand customers, who trade roughly €10 million euros every month. They save almost €1 million euros in hidden fees every quarter.

How to buy bitcoin

You usually have several options for buying bitcoin. Exchanges, of course, and also traditional providers like OTC desks and local P2P networks. Their fees — and the exchange rate they offer you — usually depends on your geography and the market volatility.

But more often than not, their rates won’t match up with what you see on a search engine. Change pulls their exchange rate directly from Coinmarketcap or similar, so theirs will.

Change also has a comparison table on their website that tells you the cheapest providers for the amount and cryptocurrency you want to buy. If Change isn’t the best deal, their agnostic table will say so.

“We built the comparison tool because our number one priority is for people to know what they really pay when they buy bitcoin,” says Kristjan. “It’ll show you the cheapest provider, whether that’s Change or someone else.”

Fortunately for Roberto, a friend recommended Change before he converted his bitcoin to euros so he had more money to spend on his Italian wedding.

“It was jaw-dropping to see that the Change's rate was very close to the one I looked up online,” Roberto says. He was able to pay his wedding planner, florist, caterer, and other vendors without having to divert big fees to Coinbase.

“We probably saved €2,500 to €3,000 euros, when you add it all up,” he says. “The money we saved let us go to an extra country for our honeymoon. We essentially got to see Rome thanks to Change.” 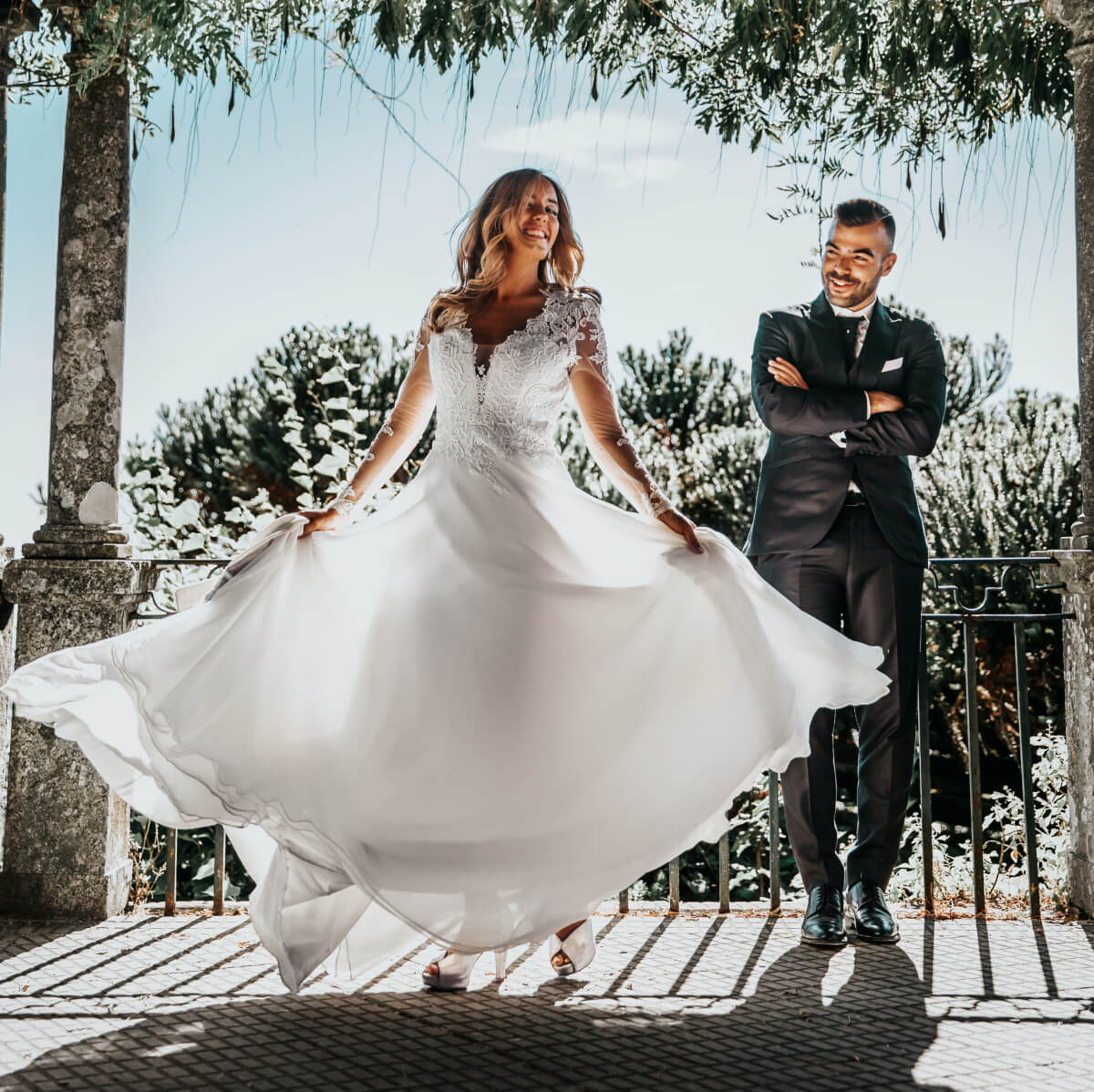 How long does it take to buy bitcoin?

If cost is most people’s first priority when they buy bitcoin, speed is usually second due to market volatility.

Even when you’re using an online crypto broker, the speed of investing depends on several factors, including the verification speed and how you pay for it. For instance, paying by credit card will speed up your transfer, but will cost a little more; direct debit will be cheaper, but a little slower.

On average, it takes most providers around 2-7 working days to verify an account and buy bitcoin. But fintech startups have made innovations that have shortened this time. Change can complete a verification in 5-10 minutes, and sometimes even within seconds.

How safe is your money when you invest in bitcoin?

It’s understandable to be gun-shy about investing your money with a newer company. Large exchanges and banks might not be efficient, but they’re safe. You’ve known your bank for years and you trust it.

But in many cases, this concern is unwarranted. Fintechs like Change are regulated in the countries they do business in; they have to meet those countries’ security standards. 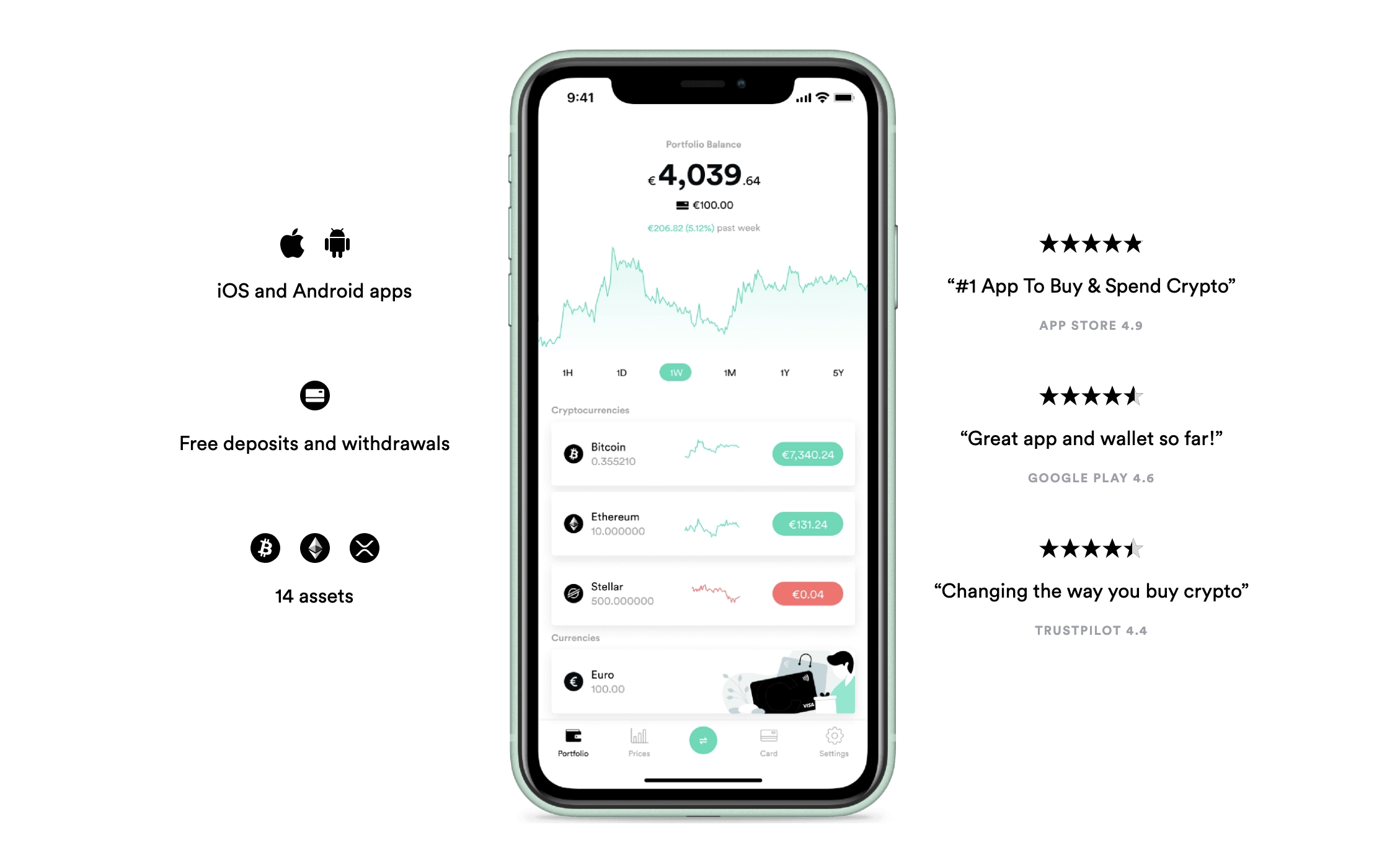 When you need to use an investment service, it will pay off to do some research. You’ll see that fees and exchange rates can vary quite a bit, and you might also consider things like speed, safety and customer support.

When you need to use an investment service, it will pay off to do some research. You’ll see that fees and exchange rates can vary quite a bit, and you might also consider things like speed, safety and customer support.
Because whether you’re buying bitcoin, ether or Netflix stock, or anything else, it’s your hard-earned money. It’s worth taking some time to make sure it’s in good hands.

Thank you! Your submission has been received!
Oops! Something went wrong while submitting the form. Please try again
Get Started